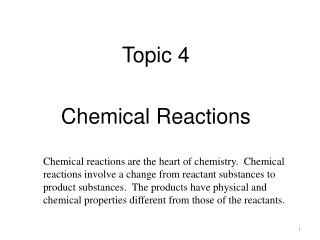 Revision of Topic 1- Chemical Reactions - . 1.identify a chemical reaction by a change in the appearance of a

CHEMICAL REACTIONS - . save paper and ink!!! when you print out the notes on powerpoint, print