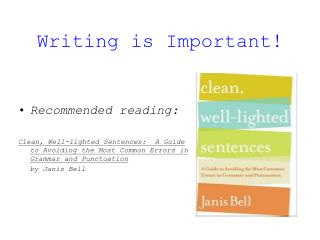 Functional Tasks for Mastering the Mechanics of Writing and Going Just Beyond - . introduction. 1. communicative with any

Starter #1 - . write down the 7 steps of the writing process. starter #2. explain in your own words why it is important