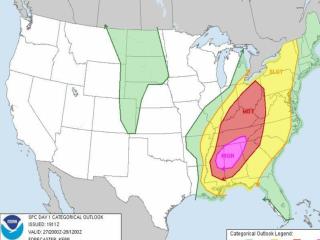 Let Us Unite Against Error - Warnings issued by the apostles. galatians 1:6-9". . . but there are some who trouble

The illusion of Storm Based Warnings - . daryl herzmann iowa state university. don’t agree with something you see? do

Warnings of Apostasy: - . paul warned the elders of the church at ephesus, acts 20:28-31. he warned the saints at

Large, Sparsely Verified Severe Thunderstorm Warnings: Can we do better…and do we want to? - . eric lenning and ben

Warnings - . dealing with diseases. e~tasc. create a number of different warnings which could be used to make your school

Precision Weather Warnings - Educating the public about storm-based warnings: lessons learned from 2008 and 2009.

Walking With Jesus Through Luke - . luke 11-14 page 1613 warnings from jesus. a word about warnings. warnings are only