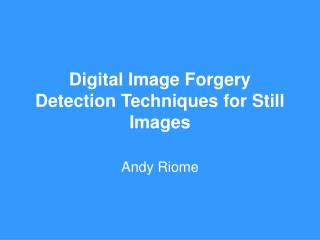 Digital Image Forgery Detection Techniques for Still Images. Andy Riome. This is a new project commencing in 2007 The period of this research is being conducted over four years on a part time basis.