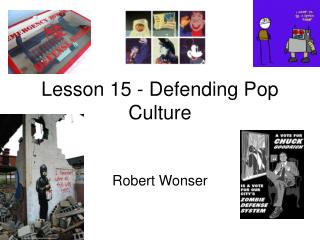 Pop Culture - . the things that define a generation or era for example: politicians and celebrities (icons) tv shows and

POP CULTURE ICONS - . by student. topics of discussion. why we love these images ? what they represent in our culture ?

Pop Culture and Government - . the leaf

Shakespeare in Pop Culture - . let’s share what you found share with your shoulder partner or in a small group here’s