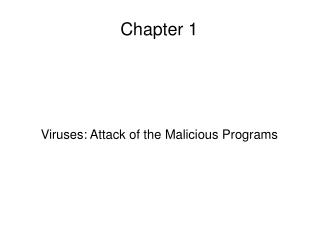 In the Ebola hot zone - The ebola virus is a serious and deadly disease transmitted by animals and humans. scientists

Chapter 17 - . viruses &amp; prokaryotes. 17-1 viruses. what is a virus? how do viral life cycles differ? what is the

Viral pathogenesis - . “no virus is known to do good. it has been well said that a virus is a piece of bad news wrapped

Chapter 1 - . what is construction technology. objectives. after reading the chapter and reviewing the materials

Chapter 1: Exploring Data - . section 1.1 analyzing categorical data. what is statistics?. statistics is the science of

Chapter 1 - . financial management. learning objectives. describe the cycle of money, the participants in the cycle, and

Chapter 1 - . introduction to the statistics. chapter one. what is statistics?. goals when you have completed this