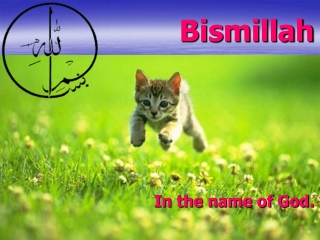 Bismillah. In the name of God. Important Reminders from Previous Classes. 7  billion people live in the world. 350.000 new birth, unique human per day. Every living species unique in their class. Who is designing, knitting, sewing all these beautiful dresses?. Surah Al-Fatiha - . bismillah ar-rahman ar-raheem in the name of allah, the most gracious, the most merciful ar-rahman =

Surah Al-Fatiha Vocabulary - . read the word. . think of what the word means. try and think of the picture you drew to