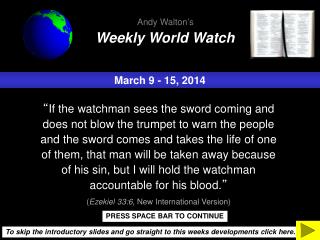 March 9, 2014 - . vocabulary quiz. please staple your two vocabulary sheets together and place them in your basket up

March 9, 2014 Scott McBride - . i went to jerusalem, and after staying there three days i set out during the night with a

March 15 - . 4. in epic literature, the person who embodies the ideals of a nation or race and possesses courage and