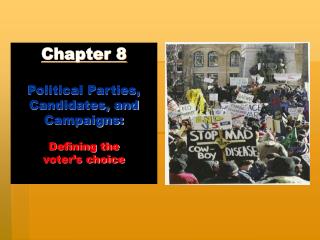 Chapter 8 Political Parties, Candidates, and Campaigns: Defining the voter’s choice. Political Party. An ongoing coalition of interest joined together in an effort to get its candidate for public office elected under a common label. The Illusion of Democracy: - . an urgent call to action for national election reform. prepared by. oregon voter rights

Personnel Planning and Recruiting - . after studying this chapter, you should be able to:. explain the main techniques