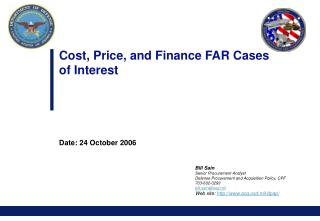 CASES – Cost Assessment for Sustainable Energy Systems - . outline of the presentation. what is cases context

Arbitrage, Financial Decisions and The Time Value of Money - . p.v. viswanath for a first course in finance. learning

The Cost of Capital for Foreign Investments - . p.v. viswanath international corporate finance based on alan shapiro,

Cost and Cost Terminology - . cost is a resource sacrificed or forgone to achieve a specific objective. an actual cost is