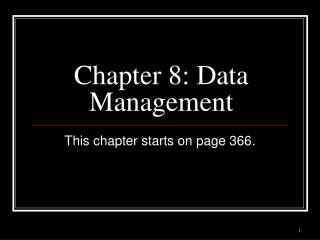 Chapter 8 Data and Knowledge Management - . learning objectives. when you finish this chapter, you will know the