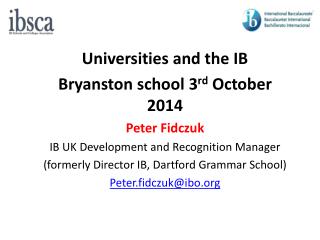 Prof Peter Bryanston-Cross School of Engineering - Imaging in difficult environments: the digital ophthalmoscope and the

Tuesday 3 rd October - . stable beams until 12:25 when we switched to adjust for a eof test for tobias dump b2 first and

Monday October 3 rd - . wrap up of chapter 3 -some people need to take ch 3 test -some need to finish ch 3 test -others

Bell Work- October 3 rd - . world language families- use the map on pg. 83 to answer the following questions. 1. which

OCTOBER 3 rd ENGLISH II - . warm-up: get out your nectar in a sieve packet and look at your vocabulary words for chapter