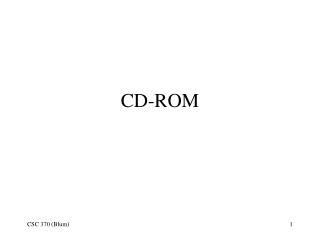 CD-ROM. The medium has changed, but the geometry is the same (almost). CD-ROMs are random access devices. CD, compact discs, are geometrically similar to hard disks. The difference is in the medium is which the data is stored and how that data is accessed.