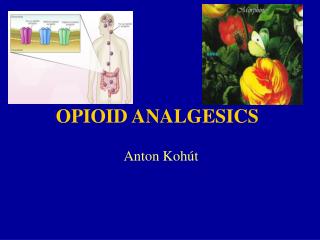 OPIOID ANALGESICS. Anton Kohút. Popy seeds. Although it is almost certain that the analgesic effects of an extract of poppy seeds was known long before then: for opium was imported from Cyprus to Egypt in the early 18th Dynasty (1551-1436 BC). OPIOID ANALGESICS - . dr. naila abrar. learning objectives. after this session, you should be able to: classify opioids