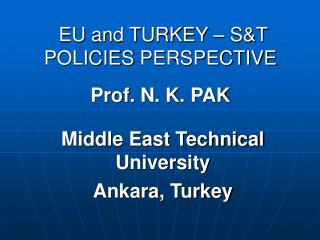 Turkey and EU 1959 TO 1987 - . sept. 1959: ankara applies for associate membership of the european economic community

EU-development policies - . from paternalistic preferential policies to neoliberal “normalization”?. a colonial past

TURKEY – EU RELATIONS - . turkey – eu relations. application of turkey for an association agreement with the eec in

Turkey-EU Relations - . the role and contribution of tobb. outline. who are we? chamber system network (national

EU – Economic Policies - . day 2 – economic effects of the eu. turn to the page right after your eu – background