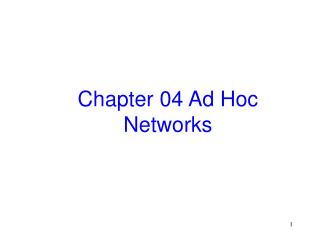 Chapter 4 Routing Protocols - . overview. routing in wsns is challenging due to distinguish from other wireless networks

Computer Networks (EENG 4810) - . course objectives &amp; scope. in this class, you are expected to learn -. a brief