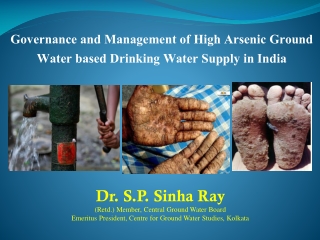 The global dimension of Arsenic in ground- and drinking water Chairman: Tony Appelo Welcome! - Why, and what is the

Arsenic in the Water - Research . a team of four sses (spatial statistics and environmental sciences ) researchers from