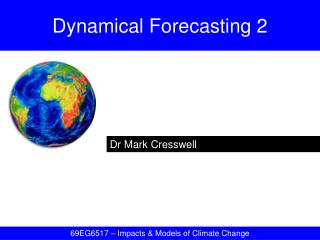 2. Forecasting - . forecasting. using past data to help us determine what we think will happen in the future things

Dynamical Theory - . (without equations). dynamical theory. this lecture aims to communicate some intuitive bases for