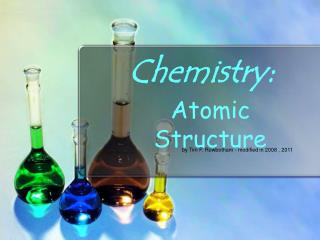 Chemistry:. Atomic Structure. by Tim F. Rowbotham - modified in 2008 , 2011 . Pre-Assessment Questions. Ready your remote. Which of the following is the most accurate model of the structure of an atom?. Tiny solid sphere Tiny solar system Spherical Cloud Chocolate chip cookie. Chemistry PowerPoint - . written, designed, and published by nick long. ph stands for the potential of hydrogen. it is