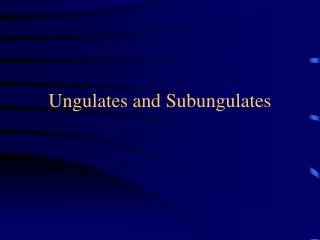 The adaptive significance of hooves in Ungulates - . eyerusalem. what are ungulates?. mammals with hoofs mostly eat