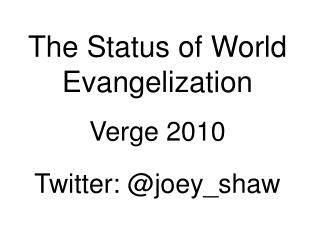 My path to success – with Rachel Rofe - This episode is a little bit different from what i normally do, but it was

Nonverbal Communication Presented by: Waqas Khan - . &quot;i am the most spontaneous speaker in the world because

Focus Staff Training June 2011 The Role of the Holy Spirit in Evangelization - . talk #2: the grace of a new

The New Evangelization - . what is the same? what is different?. relativism individualism materialism secularism. be able