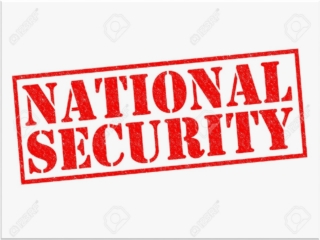 NATIONAL SECURITY. is a concept that a government, along with its parliaments, should protect the state and its citizens against all kind of "national" crises through a variety of power projections, such as political power, diplomacy, economic power, military might, and so on. NATIONAL SECURITY / NATIONS SECURITY - . i.background human collectivities, in their evolution had, as prior concern, the

U.S. National Security - . inside the white house (continued). roles of the president. head of state head of government /

U.S. National Security - . wag the dog and the media. wag the dog : discussion questions. what point are the filmmakers