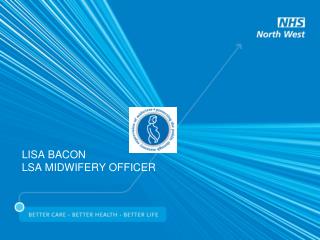 MIDWIFERY - . what does a midwife do?. a midwife is a registered health care professional who provides primary care to

Bacon. - Bacon. . is. . amazing. please note: this powerpoint is intended to be remodeled for the purposes of slidefest .

Bacon. - Bacon. is. amazing. please note: this powerpoint is intended to be remodeled. bacon comes from pigs, considered

Lisa Piela Branch Owner/Manager/Loan Officer - . f.t.h.b. “first time home buyer”. how to be a savvy buyer in a

ASR - LSA - . patient rests on their left side, right side up. stand in front of the patient. use the ap line to set the

Midwifery Encinitas - Midwifery is the health science and health profession that deals with pregnancy, childbirth, and

H LSA - Vad r hlsa?. "health is a state of complete physical, mental and social well-being and not merely the