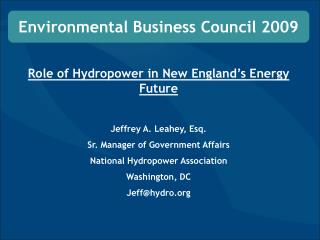 The Role of Energy Efficiency in the Northwest - . tom eckman manager, conservation resources northwest power and

Role of Government - . chapter 1. what is government?. government is an institution with the power to make and enforce

Reducing Future Flood Losses The Role of Human Actions - . facing the 21 st century flood challenge: where have we been