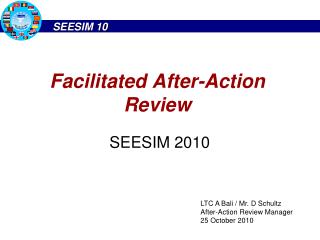 Keystone Review Passive Transport - . a – atp is a source of energy, and facilitated diffusion does not require the

ACTION PLANNING - . session objectives. by the end of the session, participants will be able to : list the goals of

5.6 Facilitated Diffusion - . type of passive transport (no energy!) high to low concentration for molecules that cannot

Credit Centralization Project - . team discussion: revised 2/6/08 based on input from 2/4/08 meeting. facilitated by: