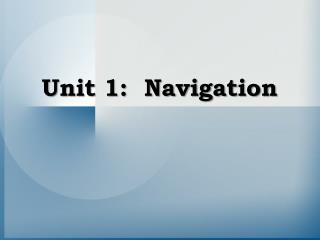 Unit 1: Navigation. What is Navigation?. Navigation is the process of monitoring and controlling the movement of a craft or vehicle from one place to another It involves: Gathering information from sources Evaluating the information Making decisions based on the information.