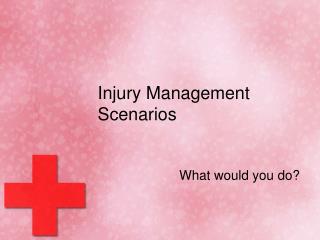 Chapter 14 - . injuries to the tissues. oa 10.21. differentiate between a primary injury and secondary injury.

A CASE PRESENTATION, MANAGEMENT, DISCUSSION AND SHARING OF INFORMATION ON PENETRATING NECK INJURY - . by: jonathan r.