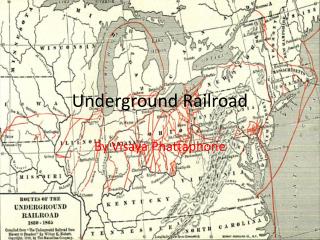 Underground Railroad. By Visaya Phattaphone. What was It?. The Underground Railroad were a series of tunnels and pathways that went through Northern States for Slaves to Escape to freedom Some of these pathways were based old trade routes and provided a safe way to the Union.

Texas Voluntary Pooling - . the legacy of the rule of capture. 1862 the phillips and woodford wells titusville, pa. an

The NEXT experiment @Canfranc LSC - . jos é d íaz ific-valencia on behalf of the next collaboration. next. stands for

We are fun-guys! - . there’s fungus among us!. fungi are diverse and widespread 100,000 described species really as

Traveling the Underground Railroad - . mapping it out.

Underground Railroad - . by: shane owens. conductors. a conductor is a person who helped out on the underground railroad