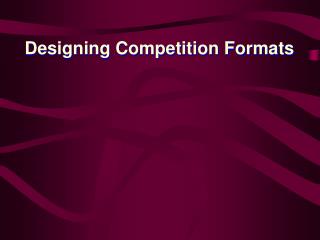 File Formats - . the most common image file formats, the most important for cameras, printing, scanning, and internet

Resume Formats - . chronological functional or skill – based combination scannable. the resume. one tool to market

File Formats - . guilford county scivis v106.01. file formats. every time you create a document or a graphic on a

Script Formats - . format. there are different kinds and vary for both television, radio and film. there is the single

Sequence formats - . say we get this protein sequence in fasta format from a database:. &gt;fosb_mouse protein