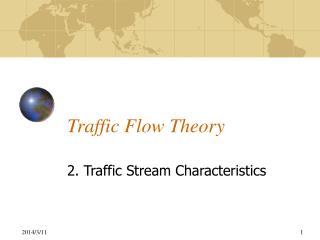 Chapter 2. Traffic Flow: Theory and Analysis - Chapter objectives: by the end of this chapter the student will be able