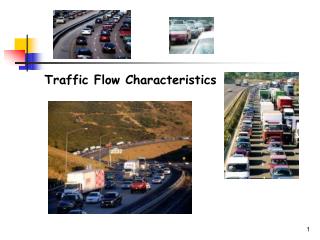 Traffic Flow Characteristics. Traffic Streams. Traffic streams are made up of individual drivers and vehicles, interacting in unique ways with each other and with elements of the roadway and general environment.