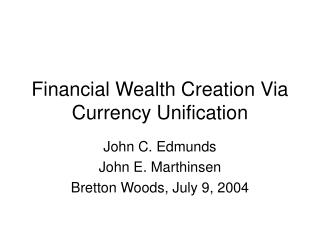 Wealth Creation Expert - Nri money clinic is an initiative by dr. chandrakantha bhat, who is a practicing investment

Wealth Creation for you and your Customers via SIP’s - . where can one invest ??. postal savings rbi bonds / goi bonds

WEALTH CREATION-MONTHLY SAVINGS - How to create wealth thru regular