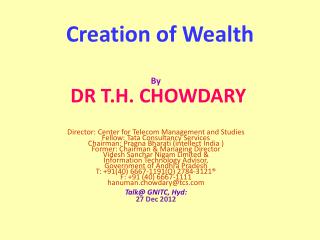 Wealth Creation Expert - Nri money clinic is an initiative by dr. chandrakantha bhat, who is a practicing investment

WEALTH CREATION-MONTHLY SAVINGS - How to create wealth thru regular

Where tax-saving meets wealth creation - With regards to salary tax, the center is more towards savings than arranging it