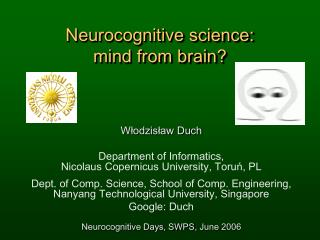 40 ways to create peace of mind - Peace - mind. if you just stopped thinking for a while and sat back to reflect on your

Chapter 15 - . the brain and cranial nerves. the brain. the average male adult brain weighs about 3.5 lbs. composed of 3

Can computer simulations of the brain allow us to see into the mind? - . geoffrey hinton canadian institute for advanced