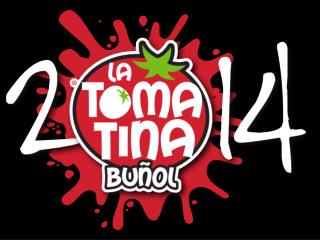 Overripe tomatoes were hurled in a massive red food fight today in the town of Bunol, Spain. The La Tomatina festival -- held each year on the last Wednesday of August -- evolved from a street fight in the 1940s when a group of young men who wanted to participate in the "gigantes y cabezudos" parade used tomatoes from a vegetable stand as weapons. An estimated 22,000 people showed up this year for the food fight. La Tomatina - . where and when does this festival take place?. history of the festival. when and how does it start?. el

¡Vamos a la tomatina! - . click above. rachel acuff. high school spanish. why should i take this virtual trip?. by the

The OFFICIAL Tomatina Fight Rules It is held on the last Wednesday of August in Buñol , Spain. - The official tomatina

2014 - Innovative technologies of green development as a tool for cost reduction during whole life-cycle of real estate.

2014 - . … and what about the workforce? patrick mitchell director of national programmes. health education england.