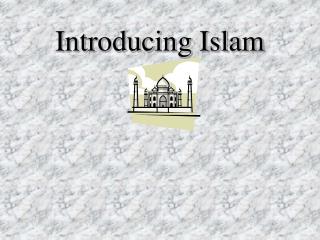 Introducing Islam In the name of God; the most merciful the most compassionate Islam The Arabic meaning of Islam is submission to God/Allah; the creator of the universe. Islam provides a comprehensive concept to humanity’s eternal question: who are we?

Introducing Islam - . in the name of god; the most merciful the most compassionate. islam. the arabic meaning of islam is

Introducing Islam - . we will explore what we already know of islam and muslim belief and practices. we will be able to