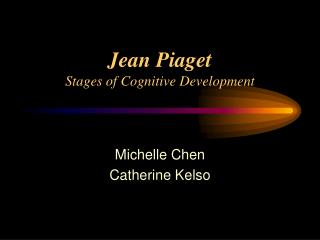 Jean Piaget and his Theory of Cognitive Development - . does talking matter?. historical background. born in 1896 in

Piaget Stages - . sensorimotor stage. development happens from one stage to another through interaction with the