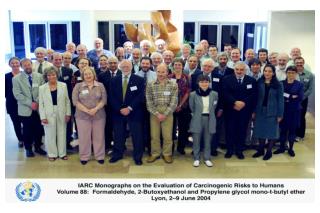 Formaldehyde - . training on the hazards of formaldehyde in the workplace. developed by the division of occupational

The IARC Monographs Volume 100 : The known causes of human cancer by organ site - . section of the iarc monographs

Monographs Review@BGSU - . beginning in late-1990s – moved to nworbd items that have no circulation within the past 7

Descriptive Cataloging of Monographs - . 1. introduction draft. expectations (1). you should be able to state the purpose