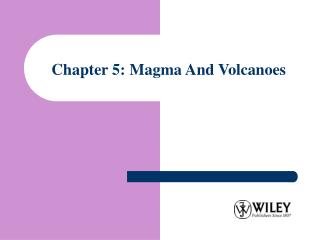 The Formation of Igneous Rocks - . magma genesis, transport, and modification. igneous rocks: review. with your

Chapter 9 - . simultaneous equations models. what is in this chapter?. in chapter 4 we mentioned that one of the

Chapter 11: Diversification of Magmas - . magmatic differentiation. any process by which a magma is able to diversify and

Chapter 3: Computer Assembly - . it essentials: pc hardware and software v4.0. purpose of this presentation. to provide