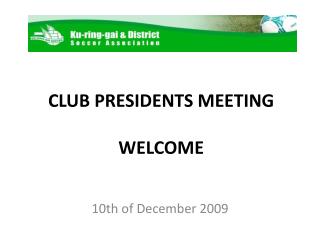 Club Presidents Presentation - . leadership is essential to the success of any organization. leadership qualities.