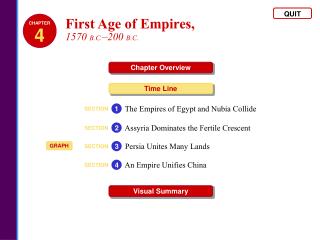 Powerful Empires of India - . focus question  in what ways did maurya and gupta rulers achieve peace and order for

EUROPEAN EXPLORATION 1420 -1580 - . complete chart on explorers . what is the largest country in the world today?.

The Empires of Egypt and Nubia Collide - . chapter 4 section 1 page 83. during egypt’s middle kingdom period (about

The Fall of Classical Empires - . han, gupta and rome. spec. reasons for the fall of the han empire. s landholding elite