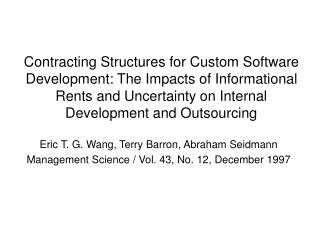 Informational Text Structures - . what is a text structure?. a “structure” is a building or framework “text

Software development companies usa - We provide applications custom made to meet your specifications. for startups &