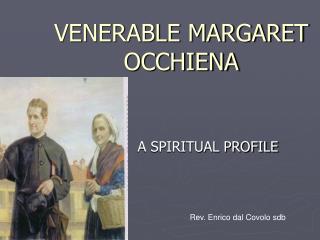 The Venerable Bede - . c.672-735. the venerable bede. monk at wearmouth and jarrow “the father of english history”;

The Venerable Bede - . by brian yablon. bede 673-735. wrote ecclesiastical history of the english people , finished in

The Venerable Julian Henderson - . archdeacon of dorking to be the new bishop of blackburn. good news……. the new

Margaret Mead - . an american cultural anthropologist and speaker in the mass media throughout the 60's and 70's born to