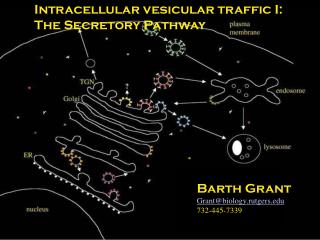 Intracellular vesicular traffic I: The Secretory Pathway. Barth Grant Grant@biology.rutgers.edu 732-445-7339. Compartments enclose a space called the lumen within a lipid bilayer. Vesicular Transport Proceeds by Budding and Fusion. Kinetics of Secretion. Overview of the secretory pathway.

RMON2 - . rfc2021 decode packets at layer 3 through 7 of the osi model an rmon probe can monitor traffic on the basis of