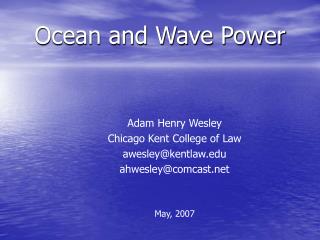 Welcome to Ocean County College - . new student on-line orientation your success is our success! presented by the

Mechanical Waves - Chapter 15. mechanical waves. the propagation of an vibration in an elastic medium. wave: any

Light in the Ocean - . .. and its influence on photochemistry. light travels faster than sound. this is why some people

Clicker Questions for Wave unit - . i gave these clicker questions after the activity was completed except for the wave