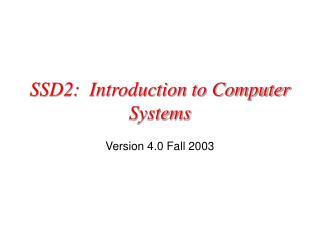 Understanding Computer Systems - . unit r001 exam 60 marks . computers and us. this unit will test your knowledge and

Chapter 2: The Systems Unit: Processing and Memory - . learning objectives. understand how data and programs are

Unit 1: History of the Computer - . this lesson summarizes the historical development of computing devices over the past