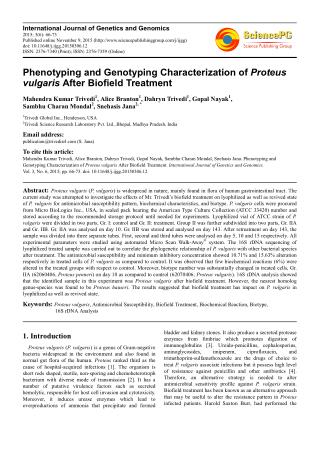 Proteus vulgaris (P. vulgaris) is widespread in nature, mainly found in flora of human gastrointestinal tract. The current study was attempted to investigate the effects of Mr. Trivedi’s biofield treatment on lyophilized as well as revived state of P.