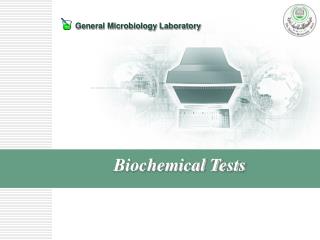 Biochemical Tests. Amylase Production (Starch Hydrolysis Test). Starch agar is a differential medium that tests the ability of an organism to produce certain exoenzymes, including α-amylase and oligo-1,6-glucosidase, that hydrolyze starch. Biochemical Pathways - . one gene, one polypeptide. in the 1930’s, beadle and tatum did a series of experiments that