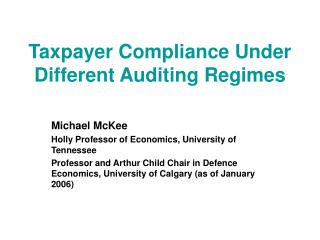 Auditing for Compliance - . it is important to periodically do self-inspections to assure that your policies, practices,