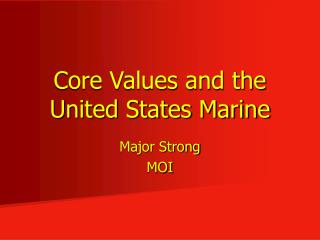 CORE VALUES - . code of conduct. values. beliefs, customs, or ideals that a person or organization feels are important

Core Values - . what are the values and principles which would build and guide us to achieve our mission and vision?. our